A primary lesson from the first day was that biases pose different problems in different contexts and need specific techniques to be negotiated. Ways to engage the social and emotional variables occupied a central role on the second day. In that afternoon, and today, the third and final day, we get more specific, considering how reasoning operates in particular contexts and the difficulties faced by critical thinking pedagogy in addressing those contexts and improving people’s practice. 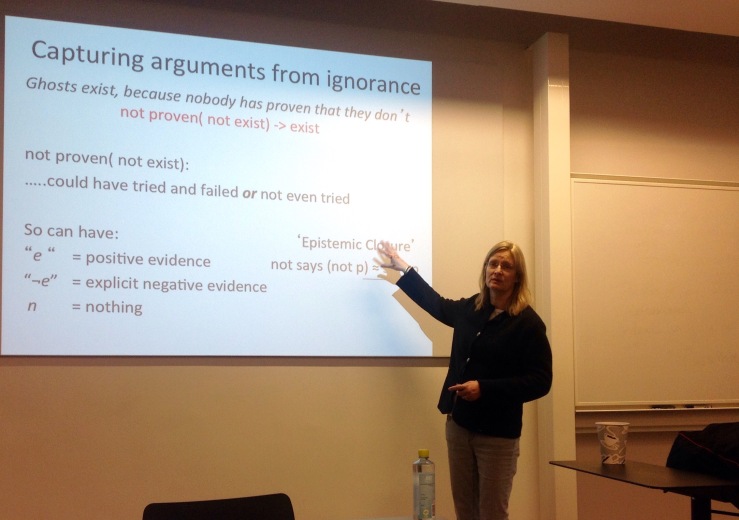 Scientific reasoning concerns Ulrike Hahn, who directs us toward the advantages of Bayesian approaches to fallacies and argumentation. Hahn’s point of departure comes from Douglas Walton‘s analysis of argumentation schemes, including taking the appeal to ignorance as a central case. Accounting for how we gain and incorporate information into belief is the key benefit of Bayesian probablistic analysis, and Hahn makes quite a convincing case, at least if we take arguments to be monological. She takes the dialogical approaches of Walton and pragma-dialectics to become unnecessary in the wake of the Bayesian appraoch. Burden of proof and its dialogical shifts are a messy business, to be sure, but I don’t think we can dispense with analyzing them so easily. We need tools to reason with others, and judging by the social approaches to debiasing that prevailed on the second day, the social dimensions may be key to debiasing argumentation. 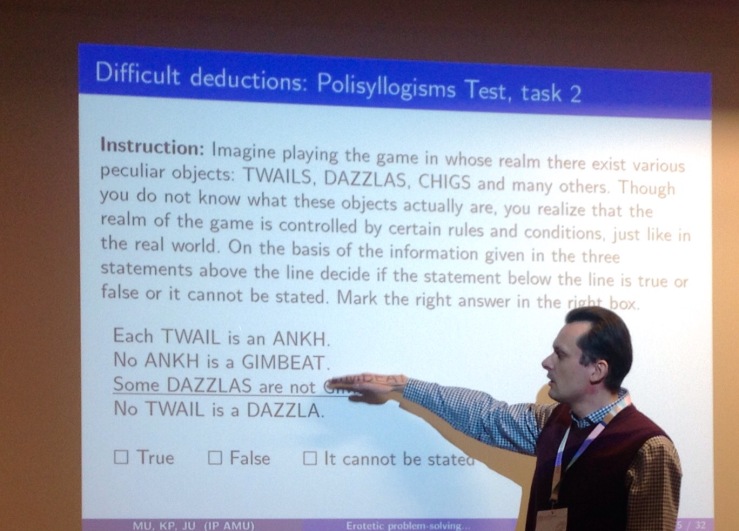 Mariusz Urbanski presented research completed with Katarzyna Paluszkiewicz and Joanna Urbanska showing that while untutored skill has a lasting effect on performance in deductive reasoning, training can improve performance on difficult deductive problems. 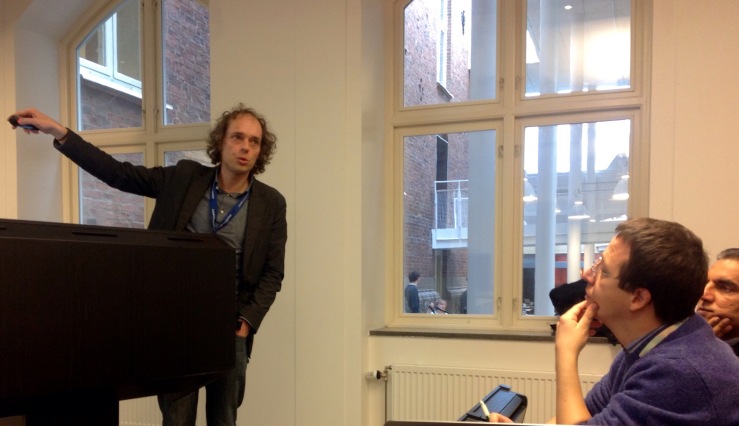 Debiasing was studied in legal contexts by Frank Zenker, Christian Dahlmann and  Farhan Sarwar, because it’s an environment that demands judgements be made; judges can’t suspend their evaluation of a case. People, and so perhaps judges, who score high on agreeableness seem especially influenced by anchoring. 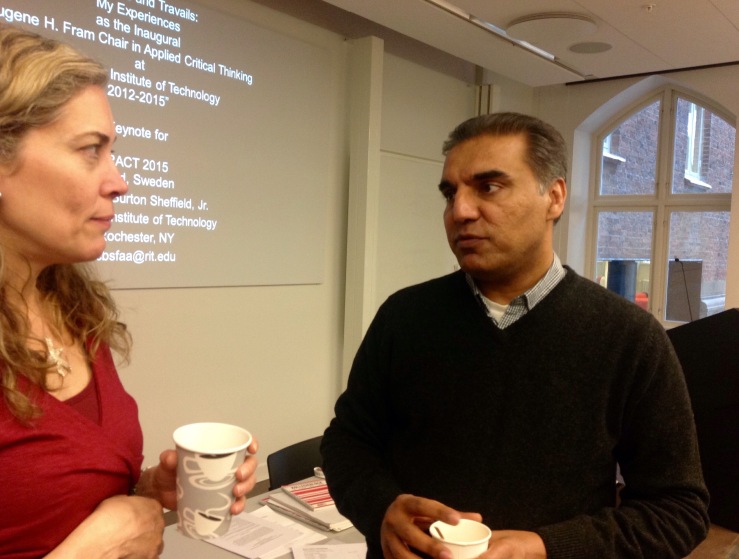 This day gave us little room for optimism about debiasing, or the future of critical thinking as an ideal and an educational practice. An account of frustration with facilitating critical thinking at an institutional level provided the final talk, from Chip Sheffield, recounting his experience as the inaugural Eugene H. Fram Chair in Applied Critical Thinking at Rochester Institute of Technology. 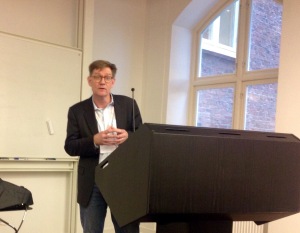 Sheffield described how institutional pressure to develop or adopt a new assessment instrument flew in the face of a lack of other institutional and faculty support, student resistance to the integration of critical thinking in courses, and only superficial resources in the larger critical thinking movement. Yet he found some progress in student panels and discussions, and community outreach.

The result of Sheffield’s experience is his recommendation of more critical thinking courses, and more at advanced levels. So it might seem that the problem is not how to teach critical thinking but how much to teach it. That could seem to be the only room for improvement given the disjunct between the experimental research on cognition and biases and the philosophical pedagogy of critical thinking. I was struck to hear the experimental psychologists express concern over the philosophers use of “bias” losely, just as the philosophers were discouraged by the inattention to the pressures to find practical strategie for students.

However, as much as this conference demonstrated an absence of the practical evidence we want to guide critical thinking education, it also paves the way for more engagements between the psychological evidence and the pedagogical and philosophical ideals. I take particular inspiration from the work of Kenyon & Beaulac, and Howes, as philosophers attempting to explore the implications of the psychological research, but also Weinstock, Schendel, Cooke, plus Urbanski, Paluszkiewicz & Urbanska, and Zenker, Dahlmann & Sarwar in assessing the impact of specific techniques on the development of critical thinking. We have barely begun to chart the possibilities and potentials for critical thinking education, and we need more research of the sort gathered at this conference to develop and explore options. Ideally, this should be like the work from Paglieri, Mercier & Boudry, directly engaging both the philosophical and the psychological. To start with, we should explore whether they or Goodwin are correct about the effects of classroom debate.

FIT IS A FEMINIST ISSUE

thoughts on sex and life

Eating, Talking and Rocking in RVA